The Mallory Gilbert Leadership Award annually celebrates and recognizes an individual who has demonstrated outstanding administrative or managerial leadership within the Canadian theatre community. The award also includes a protégé, chosen by the Award winner, underlining the importance of skills and knowledge transmission in leadership building.

Winners are chosen based on the following criteria: 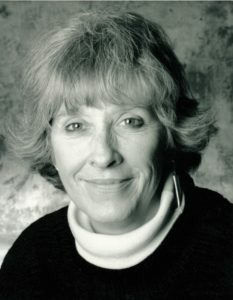 The Mallory Gilbert Leadership Award was initiated in celebration of PACT’s 30th anniversary in 2006-2007 and was named in honour of Mallory Gilbert.

Ms. Gilbert was one of Canada’s most respected arts managers. She was Tarragon Theatre’s General Manager for 34 years, and was also one of the founders of PACT.

Ms. Gilbert served on PACT’s Board for 20 years (as President from 1989 to 1993), and was the recipient of a PACT Honourary Life Membership in 2005. By mentoring countless aspiring arts administrators, she shaped the careers of many of Canada’s theatre leaders and encouraged the creation of exciting new theatre ventures.

Ms. Gilbert passed away in 2019. She is dearly missed by Tarragon Theatre, PACT, and the Canadian theatre community.

The selection panel is comprised of the President, Vice-president, and Treasurer of PACT, as well as, the previous year’s award recipient and another member of the PACT board.

We gratefully acknowledge previous support for the Mallory Gilbert Leadership Award from Tarragon Theatre, who sponsored the award for the first five years, and the Metcalf Foundation, who supported the award from 2012 to 2015.

For more information, including how to nominate someone or eligibility criteria for the award and selection jury, contact General Manager, Mirette A. Shoeir.

Past winners of the Mallory Gilbert Leadership Award