Created in 1961 by UNESCO, World Theatre Day is celebrated annually on March 27 by theatre communities around the globe. The impetus behind World Theatre Day is to honour and further the goal of UNESCO’s International Theatre Institute (ITI) to celebrate the power of theatre to serve as an indispensable bridge-builder for mutual international understanding and peace as well as to promote and protect cultural diversity and identity in communities throughout the world.

Each year we celebrate World Theatre Day by bringing you a message from an outstanding playwright, actor, artistic director, story-teller or creator. This year we share three messages from the Anglophone, Indigenous and Francophone communities.

These videos was produced in partnership with l’Association des théâtres francophones du Canada (ATFC) and the Playwrights Guild of Canada (PGC). 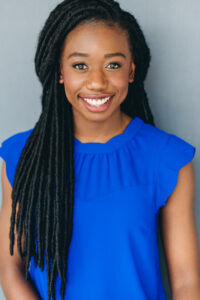 Makambe K Simamba is a Dora Award–winning playwright and actor for Our Fathers, Sons, Lovers and Little Brothers, which premiered at b current performing arts and was recently published by Playwrights Canada Press. Other plays include A Chitenge Story, The Drum Major Instinct Trilogy, Makambe Speaks, and MUD. Select acting credits include Our Fathers, Sons, Lovers and Little Brothers (Tarragon), A Chitenge Story, inVISIBLE (Handsome Alice), GIANT (Ghost River Theatre), Serving Elizabeth (Thousand Islands Playhouse), Bea (Sage Theatre), Winners and Losers (Chromatic Theatre), and SIA (Pyretic Productions). She was the 2020/2021 Urjo Kareda Artist-in-Residence at Tarragon Theatre. Makambe holds a BFA from the University of Lethbridge in Theatre and Dramatic Arts. Makambe is proudly Zambian, and her intention is to be of service to her community through her ability to tell stories. 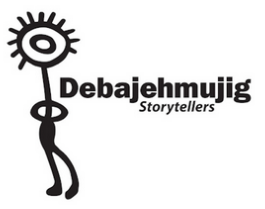 Debajehmujig was the first – and remains the only – professional theatre company located on a Reserve in Canada. The organization was founded by Shirley Cheechoo, Blake Debassige and a group of like-minded colleagues in 1983 in West Bay (M’Chigeeng First Nation) on Manitoulin Island, Ontario. In August of 1989, the company moved to Wiikwemkoong Unceded Territory, where it’s headquarters remains to this day.

We create original work based on an Anishnaabe worldview that builds bridges between cultures, generations, and territories. We also support the development of Indigenous artists in remote rural areas as well as cities. Since 2009, we have operated a purpose-built multi-arts centre in downtown Manitowaning.

As an Indigenous theatre company, Debajehmujig represents an Indigenous worldview and reflects the reality of Native live. This worldview is a holistic approach to life and how all things are connected. We believe that as humans we create with our entire being – our physical, our emotional, our intellectual and our spiritual selves. Stories have been passed down for thousands of years by storytellers, musicians, record keepers and dancers. It is because it was never written own, that it survives. The history and the culture of the people is contained within the bodies of the people, in the muscle memory of the dancer, in the songs of the singers, in the stories of storytellers.
We have travelled to many different places all over the world to share our message.

‘De-be-jeh-mu-jig’ translates as ‘storytellers’ from the Cree and Ojibwe language. 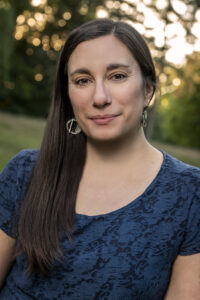 Mishka Lavigne (she/her) is a playwright and literary translator based in Ottawa/Gatineau. Mishka wrote Cinéma, co-produced by Théâtre la Catapulte and Théâtre Belvédère in 2015 and the one-woman show Vigile, produced by Théatre Rouge Écarlate in Ottawa in 2017.

Her play Havre, premiered at La Troupe du Jour in September 2018 and at the POCHE/GVE in Geneva in January 2019. The play was awarded the 2019 Governor General’s Literary Award for Drama (French). More recently, Copeaux, produced in Ottawa in March 2020 also won the the Governor General Award for Drama in November 2021 and the Prix Jacques-Poirier in February 2021.

Mishka is currently working on two new projects for the stage and on a bilingual opera libretto with Montreal composer Tim Brady. Her play Murs will soon be on stage (Créations In Vivo, Théâtre Populaire d’Acadie) in Ontario and New Brunswick and was also adapted into a podcast by Transistor Médias.

Mishka is also a theatre and literary translator, translating both in French and English and has done about twenty translations of drama, prose, poetry.

The International Theatre Institute (ITI) commissions an international message each year in celebration of World Theatre Day. Since 1962, World Theatre Day has been celebrated by ITI Centres, ITI Cooperating Members, theatre professionals, theatre organizations, theatre universities and theatre lovers all over the world on the 27th of March. This day is a celebration for those who can see the value and importance of the art form “theatre”, and acts as a wake-up-call for governments, politicians and institutions which have not yet recognized its value to the people and to the individual and have not yet realized its potential for economic growth.

The World Theatre Day message for 2022 is written by Peter Sellars. The message can be read here.